In the last decade from Tesla to REVA, the introduction of electric vehicles has been very revolutionary. However, electric bicycles have not been talked much about in India. Therefore, most of us don’t know that do we need license for electric bike in India?

Yes, we are required to have a license to ride an eclectic bike if it runs at a speed of more than 25 kilometres an hour. Your electric bike is just like a regular push bicycle but with batteries and motors.

In this article, you will get to know about the official RTO rules and regulations for the requirements of a license for electric bicycles.

Besides that have you ever thought if having an ebike convenient for Indian roads? How is it different from normal push bicycles? Do you need any prior experience to ride an electric cycle?

Let’s explore whether electric bikes require a license in India.

According to Wikipedia, An electric bicycle (e-bike, electric bike or electric cycle) is a motorized bicycle which provides power propulsion with the help of an electric motor and battery. There are two types of electric bicycles in general.

These bikes are also known as Electronically Power Assisted Cycle. They have an electric motor installed in the rear hub, front hub or pedals of the cycle. These types of e-bikes are one of the most conventionally accepted.

It’s very simple to ride pedelec electric bicycles, you just have to turn on the power of the motor by using the key, and start pedalling. The motor will start automatically, as you pedal and provides more power.

One major feature of Pedelecs is the electronic controller, which automatically halts the power supply to the motor when the rider is not peddling or at the speed limit of 25km/h or so. The best part about pedelecs electric cycles is that you can convert your regular push bicycles by adding motors and batteries.

However, S-Pedelecs are one such e-bike that provides power irrespective of the fact of whether the rider is peddling or not.

Such bicycles are operated by the throttle mode, which means you don’t have to pedal much! Just push or twist the throttle on your handlebar and it will generate power straight to your motors.

You must have seen Yulu Miracle electric bikes in metro cities, they are moped-style ebikes because they have got throttle mode only.

A moped-style bicycle is useful in traffic when you suddenly have to increase or decrease the speed. Will you require a license for such bicycles? Let’s go through the RTO rules set by the Government of India for e-bikes!

Pros and Cons of E-Bikes (Bicycles)

Everything in this world has got some advantages and disadvantages. Similarly, Ebikes have also got some pros and cons that you should be aware of. Let’s discuss the:

Do We Need License for Electric Bike in India?

It is the most asked question from people going to buy an electric bike or thinking of buying an electric bicycle. And often as a citizen, you may wonder if we need licenses for electric bikes or not.

Don’t worry! We have got you covered in everything regarding electric bicycle license in India.

Below you will find the answer to your question does electric bike need license in India? Will you be allowed to ride an electric bike without license on Indian roads? And so on.

What does a driving license do?

Before jumping into the details of whether we need a license for electric bikes or not I would like to let you guys know about the things that a biking license does. So I think there will be a clearer idea of the same.

Here are a few things that a driving license does:

So according to us, these are the things that come to you when you have a driving license. It is very safe and very important for every person who is riding the vehicle on roads (please get yourself a driving license if you are eligible).

What are the requirements for an electric bike to be issued a license?

According to ARAI, An electric bicycle license is compulsory for those bikes (all types) which has a speed of more than 25 km/h and an output (motor) power of more than 250 watts.

Generally, 250w motors are widely used in electric bicycles or ebikes in India which provide a maximum speed of up to 25 km per hour. So, electric bikes with 250w motors are not required to have a driving license in India. See the below screenshot:

If you have an ebike which has a motor power of more than 250 watts, you are required to have a driving license to ride such electric bikes on Indian roads. Read more.

These are the technical requirements for an electric bike to be issued a license because be it any two wheelers vehicle the ones exceeding these limits become prone to attention and require you to be careful so you must get a license before you get into these two-wheelers.

In this era of rising e-vehicles, RTO has a very detailed rule regarding the license of e-vehicles. After doing lots of research, we found that electric bicycles or ebikes with 250w motors need not have:

Generally, e-bikes that range from a minimum power of 250W to a maximum of 25 kph do not require any driving license. Even though the minimum age for riding bikes is 18 and above in India, teenagers of 16-18 years can ride e-bicycles, since most e-bicycles are of that speed range.

Most e-bicycles you see do not require a license but you must be sure about the speed and motor power. If your e-bike has a speed of more than 25 kmph, you will need a helmet, insurance, a number plate and obviously a license as well.

Are E-Bicycles a Wise Investment for Indian Roads?

Yes, e-bikes stand out to be the perfect alternative under many factors. One of the major factors is the increase in petroleum prices. You can enjoy the same comfort on an ebike that a petrol motorbike offers with very less amount of investment and expense.

If you are a student and can not afford to go through license responsibilities, then 250w e-bikes are the best option for you because they are faster than push bicycles, lightweight, have low maintenance cost, and are easy to handle as compared to motorbikes.

FAQs: Do We Need License for Electric Bicycle in India

Q1. How much experience do you need to ride electric bikes?

It’s very simple to ride an electric bicycle, You just have to understand the basics and how an ebike operates. And then try to maintain balance while riding the ebike, keep practising. You will learn easily and be able to ride perfectly.

Yes! Electric cycles are a better alternative to pedal-powered bicycles for some classes of people. Such bikes are very good for commuting but when it comes to exercising, they can’t compete with a normal bike or bicycle.

Q3. Who are electric bicycles best for?

As I said, e-bicycles are the best mode for commuting, going to work/office/college. If your age is 16 years and above, you are allowed to ride an electric bike (250w) without having a driving license. You should always follow the golden rules of the roads while riding an ebike.

Conclusion: Do We Need License for Electric Cycle in India

Finally, we are done with this blog article and I hope your query i.e., do we need license for electric bike in India is solved after reading this article.

To conclude this article, I would say that you don’t need a driving license to ride a 250-watt electric bike or bicycle in India. You can ride such bikes if you are 16 years and above. Also, you are not required to wear a helmet (we recommend wearing it for safety).

So take out your electric bicycle and start riding without any further questions and dilemmas about the ebike license requirement in India.

If you have any questions in your mind feel free to ask in the comment section below. If you liked this article do share it with your friends who are interested in electric bikes or cycles. 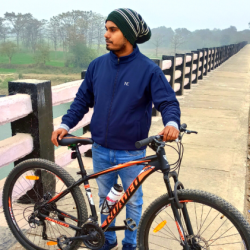 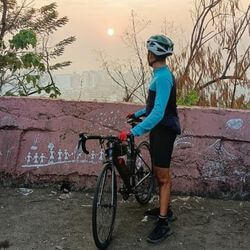